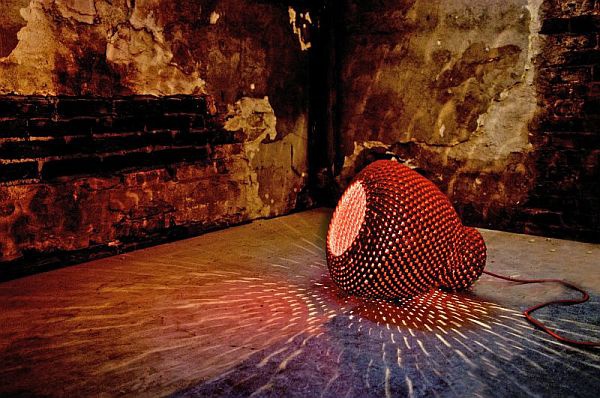 When I saw this lamp during the last Fuori Salone in Milan, I thought it was a knitted lamp. Probably because of the use of a string used as yarn, or probably because I write four times a week over here and I’m convinced to see yarn all over the world.

This knotted lamp by Rik Ten Velden, a Dutch designer, is, of course, made of knots. The exact name of this object is ‘Single Knotted wire’ which is, also, the name of an entire design initiative.

The very beginning of this project was Rik’s visit to the harbour museum in Rotterdam: he met there two employees of the museum specialised in knotting techniques which are used on a ship. Fascinated by all those different kinds of objects they knotted, Rik learnt how to knot and did it for about four months, continuously. This lamp has been made using a single textile coated wire, knotted in a form reflecting its maritime inspiration.